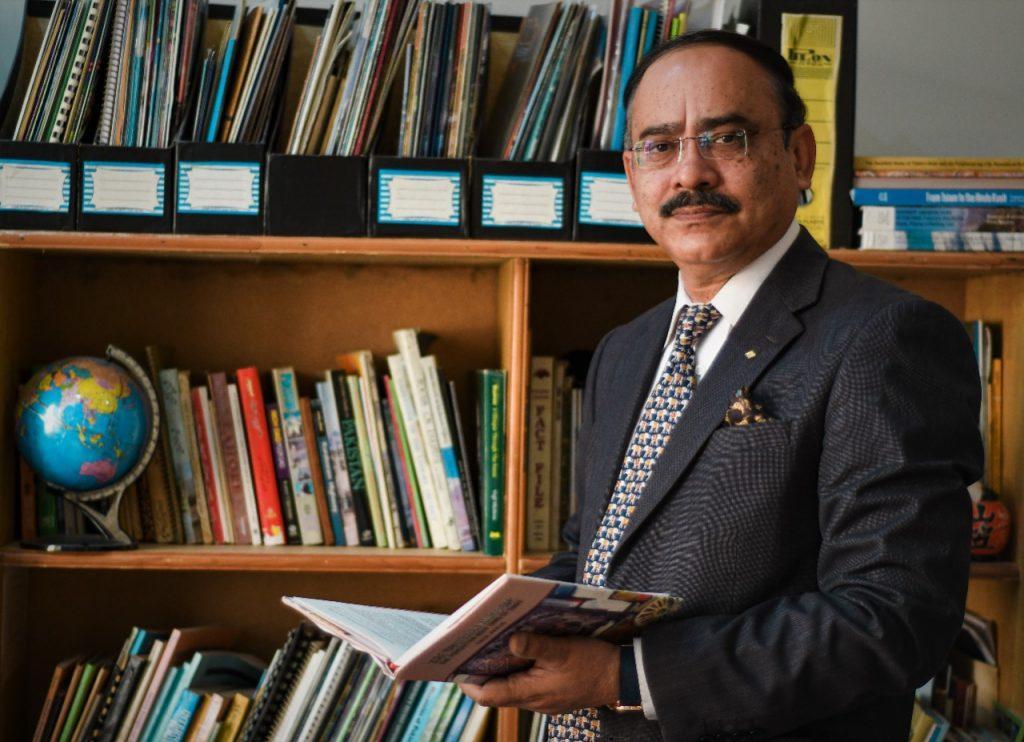 Aftab-ur-Rehman Rana, the founder President of Sustainable Tourism Foundation Pakistan and former Director General of Adventure Foundation Pakistan, has been appointed as the Managing Director of Pakistan Tourism Development Corporation (PTDC) on honorary basis with immediate effect, as per the official notification issued by the Cabinet Division, Government of Pakistan. His appointment was approved in the meeting of Federal Cabinet chaired by the Prime Minster of Pakistan Imran Khan on April 1, 2021.

Aftab-ur-Rehman Rana is s seasoned tourism professional having more than 35 years of experience of tourism industry. He is a well-known figure in tourism industry especially due to his pioneering efforts for the promotion of sustainable tourism, responsible tourism, ecotourism, community based tourism, youth tourism and heritage tourism in Pakistan. He has extensively traveled throughout the country and abroad and has vast experience of tourism policy formulation, product development, destination development, tourism human resource development, tourism planning, marketing, and promotion. Mr. Rana is an active contributor of his professional vision at various national and international forums of tourism industry.

Mr. Rana has worked with public, private and non-governmental sectors and has done extensive work for the formulation of provincial tourism polices and national tourism strategy for Pakistan. He has also worked as a tourism development consultant with USAID, Asian Development Bank, World Bank and other international development organizations on the projects of tourism in Khyber Pakhtunkhwa, Punjab, Balochistan and Gilgit-Baltistan.

Aftab-ur-Rehman Rana is also an acclaimed tourism educator and trainer and is associated with the National Institute of Administration at Islamabad, Lahore, Karachi, Peshawar and Quetta as visiting faculty member. He has also conducted many trainings courses for tourism professionals and hospitality staff members in different parts of Pakistan and has developed the skills of thousands of works to meet the ever-growing demand of trained workforce in Pakistan. He has also been a member of National Curriculum Committee of Higher Education Commission on Tourism and Hospitality and a member of Board of Studies of Tourism Facility of Hazara University, Khyber Pakhtunkhwa.

He has also contributed three travel guide books on Kaghan Valley, Swat Valley and Chitral Valley. He writes regularly on tourist places of Pakistan and about issues of tourism industry. His articles have been published in leading newspapers and tourism magazines.

His efforts for the promotion of tourism have been acknowledged internationally and nationally and he has received a number of awards including Commonwealth Asia Award for Excellence, the Trainer of The Year Award from the South Asia Tourism Human Resource Development Project (SATHRDP), Government of Pakistan’s Better Pakistan-2010 Excellence Award in the field of Tourism Promotion, Pride of Mountains Award for the promotion of Sustainable Tourism and Excellence Award in Nature Conservation and Youth Tourism by AFP. He is also a Fellow of Leadership for Environment and Development.

His appointment as the Managing Director of PTDC will provide an opportunity to improve the coordination among the tourism industry stakeholders and to bridge the gap between the public and private sector for the sustainable growth of tourism industry and build the image of Pakistan as a tourism destination across the world.