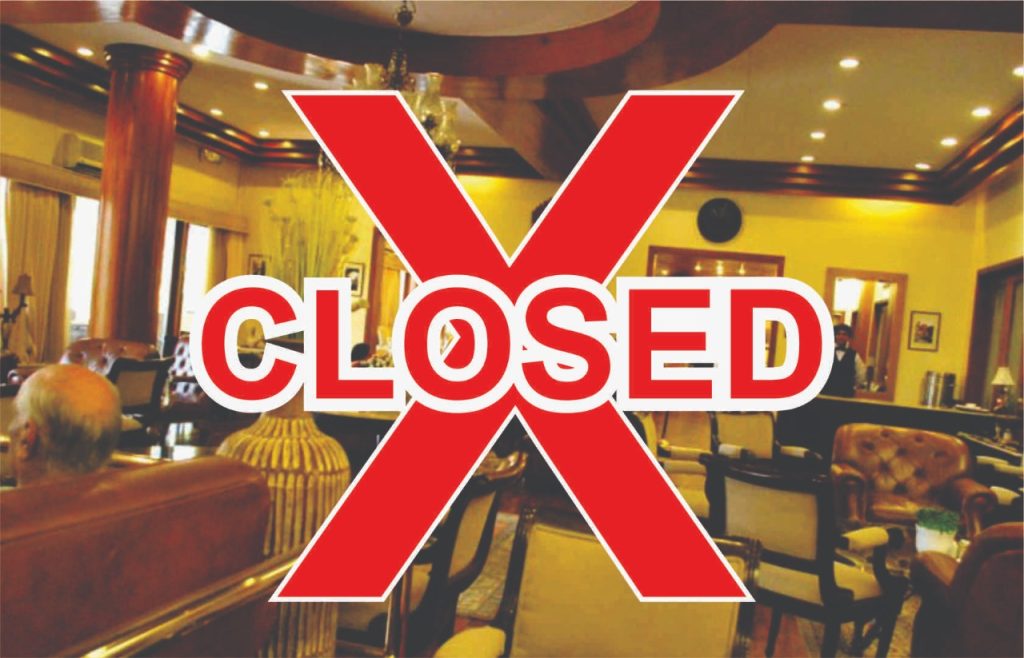 Covid-19 has been a big trouble for the hospitality industry in Pakistan as even a minor rise in the corona cases causes the shutdown of restaurants across the country. The same happened with the restaurants in Pakistan during the ongoing fifth wave of the Covid-19 outbreak when National Command and Operation Center (NCOC) banned indoor dining in restaurants for cities with Covid-19 positivity rate over 10 percent from January 20 to January 31, 2022.

Restaurants owners, when contacted by Hospitality Plus magazine in this regard, said that already crumbling hospitality industry in Pakistan does not afford any further shutdowns or bans on indoor dining. They said that imposing such restrictions on the restaurants becomes pointless when cinemas and bazars are open and working in political corona.

They also said that restaurants are the only places where Covid SOPs can actually be implemented and governed but NCOC shuts down the restaurants before any other industry considering it a leisure or entertainment business.

They added that millions of families are financially associated with restaurants and its allied sectors but the shutdowns and ban on indoor eating create severe financial issues for the poor restaurant workers and even vulnerable restaurant owners.

NCOC is chaired by Asad Umar who needs to understand the dynamics of the restaurant industry, they said adding that restaurants in Pakistan are severely endangered by the incompetent and politically motivated decisions made by Asad Umar in the meetings of NCOC.

They further said that the world is coming out of the fear of corona and many countries including UK are treating it just like a normal cold and flu but NCOC under the chair of Asad Umar is closing down the businesses that is not acceptable for the restaurants.

They also said that restaurants in Pakistan condemn the recent restrictions imposed on them and would knock at every possible forum to stop Asad Umar from damaging the restaurants business with his ‘political corona’.