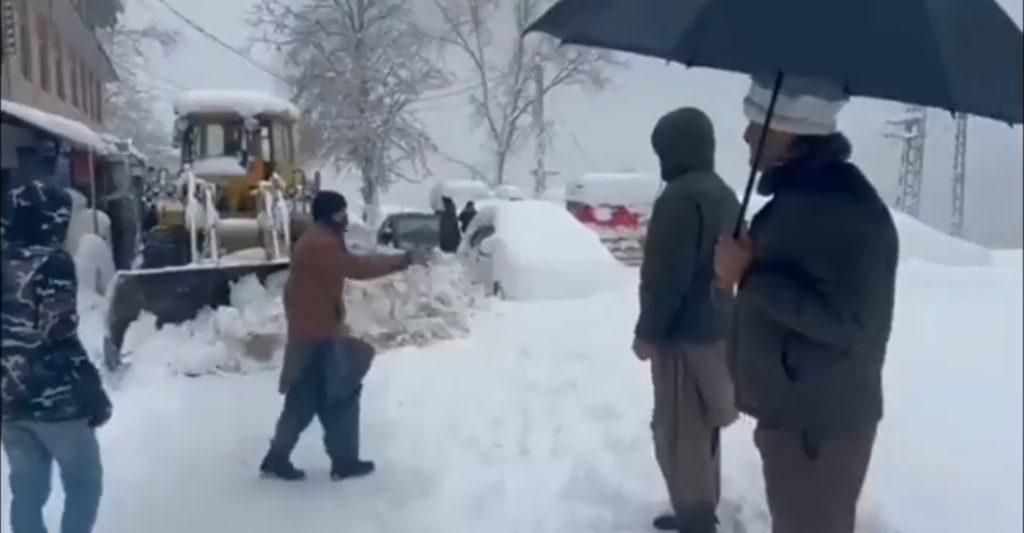 Punjab government has declared Murree a calamity-hit area in view of the situation arising there because of heavy snowfall.

In a statement, Punjab Chief Minister Usman Buzdar has announced to impose emergency in Murree.

In view of the situation, emergency has been declared in all the important departments including police, administration, rescue 1122 and hospitals.

Usman Buzdar said that evacuating the stranded tourists is our top priority. He said that rest houses and other public sector places have been opened in Murree and adjoining areas. He said the tourists are being provided with necessary relief items including food items. The Punjab Chief Minister has also given his helicopter for rescue activities.

So far, due to heavy snowfall, above 20 people have died while many are still stranded on the roads.