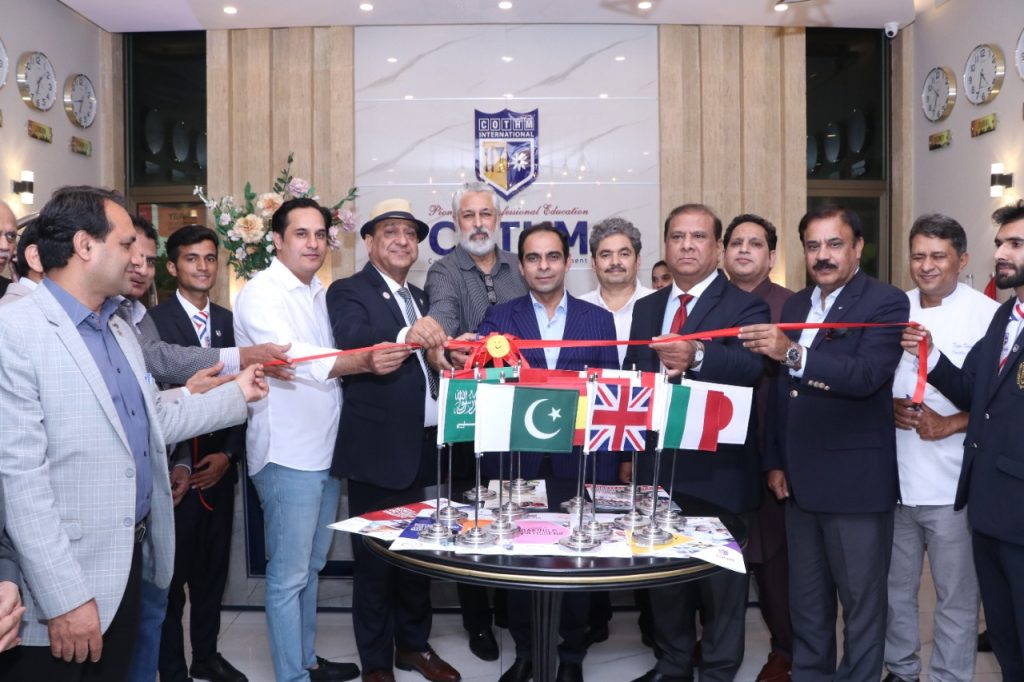 The two-day friendship festival was held at COTHM to promote peace, friendship and brotherhood among different countries in the world. The festival was celebrated from June 21 to 23. In the festival, COTHM students staged the models of 16 different countries and displayed their culture, heritage and cuisine. These countries included Pakistan, Switzerland, USA, Japan, Saudi Arabia, Egypt, Morocco, China, Australia, Italy, Spain, UK, Turkey, Canada, Germany and Portugal.

Praising the performance of the students in the festival, Qasim Ali Shah said that it was wonderful thing on the part of COTHM to host this friendly festival. “COTHM always comes up with new ideas which not only create the positive image of Pakistan but also attract foreign investors to do business in Pakistan”, he added. He further said that such events should be held regularly to give a better impression of Pakistan to the world.

The festival was well attended by eminent businessmen, media persons, various social and political personalities as well as students and staff of COTHM.