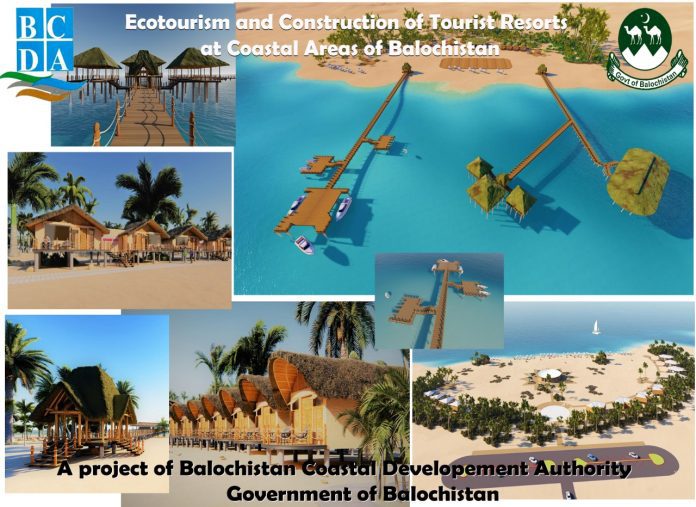 The construction work on the ecotourism resorts was in full swing with allied facilities in the coastal areas of Balochistan to cater the needs of local and foreign tourists visiting its beautiful coastal lines.

The construction work on the establishment of tourist resorts in Kund Malir, Gadani, Aurmara, Jiwani, Gwadar and Kalmat was in the final stages as 90 percent development work had been done, sources in the Balochistan government told APP.

In a bid to unlock the potential of tourism sectors of Balochistan, the government had decided to develop its coastal areas to facilitate tourists and travelers, the source said. They said the government was striving to provide basic and residential facilities at the sites, sound infrastructure, best transport system and safe environment to the visitors of the area.

The nine tourist resorts at the coastal belt would be established at Kund Malir, Aurmara, Gwadar, Jiwani and others costing Rs 1,602 million with aim to develop its coastal area to attract more tourists. The Balochistan government has spent Rs 250 million on the establishment of five beach parks at the coastal belt, it added.

The provincial government has formulated Balochistan Coastal Development ecotourism Authority to regulate the commercial activities and ensure modern facilities in the area. The government has posted 215 lifeguards to facilitate the tourists and provide protection to them, he added.

The Balochistan government was making serious efforts to frame the master plan of the coastal belt as the province possessed plethora of tourist attractions along the 750 kilometer long coastal belt. The provincial government was taking concrete measures to promote domestic tourism that could contribute huge revenue to the national exchequer.