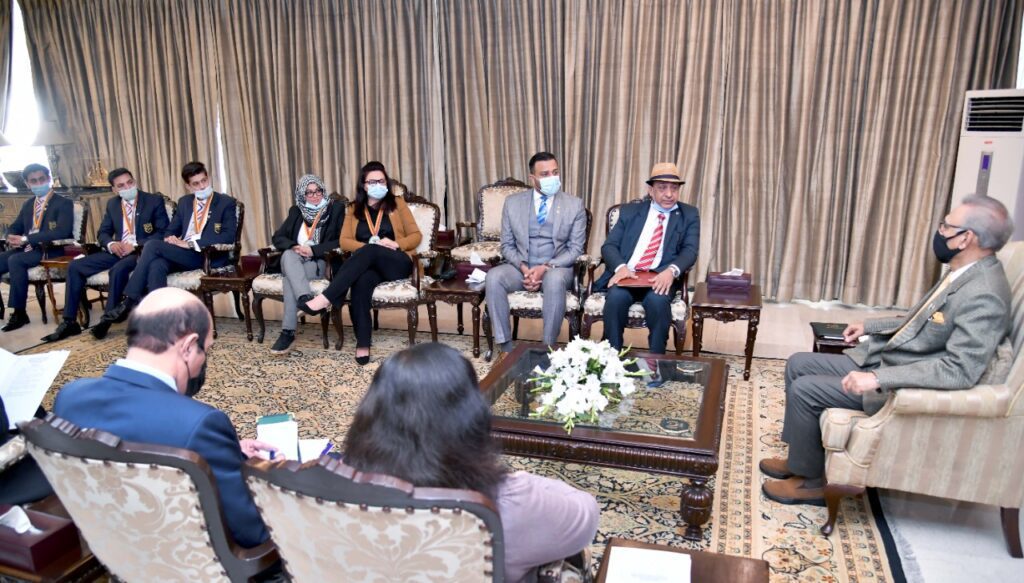 Pakistani youth, whenever it is given an opportunity, enlightens the name of its beloved homeland. Either it is information technology, sports or any other field; Pakistani youth makes its way to the top if guided properly.

College of Tourism and Hotel Management’s (COTHM) students brought one such wonderful victory to Pakistan when they secured 1st position in the International Eurhodip Challenge 2020 organized by Stenden Hotel Management School.

Over 100 teams from 39 countries submitted their entries for the competition, out of which, only 10 were shortlisted. The theme of the competition was the ‘Role of a Digital Influencer in Promoting a Hotel Brand’.

Eurhodip is an education support association for leading hospitality related colleges and universities, providing programs and services for continuous improvement of the quality of hospitality and tourism education in a global perspective. 39 countries are represented in the association with more than 150 hotels and tourism institutes including some of the best known in Europe.

To appreciate the winning team, President Dr Arif Alvi also invited a group of students and their mentors from COTHM at the President House and congratulated them for bringing the honour to Pakistan.

A ten-member delegation under the leadership of COTHM Chief Executive Officer (CEO) Ahmad Shafiq met the president at the President House. Supervisor of the team COTHM Chief Operating Officer (COO) Zaheer Ahmad was also accompanying them.

While talking to the delegation, the president acknowledged COTHM’s services for the hospitality & tourism industry and pledged government’s support wherever needed.

He further said that the future of hospitality & tourism was bright in Pakistan and the country needed skilled human resource for that. He also stressed on exploring the opportunities in domestic tourism and advised COTHM to work more on it.

Commending the role of private sector in the field of hospitality and tourism, he said that the private sector was doing a praiseworthy job by creating ample opportunities in this industry.

The winning students and their coaches explained it to the president that they worked day and night on their prototypes to make a difference in the competition.

CEO Ahmad Shafiq said in the meeting that “COTHM’s powerful combination of classroom instruction and real-world experience is what prepares its students for success in their careers.”

He also thanked President Arif Alvi for sparing time and appreciating the students on their great achievement.