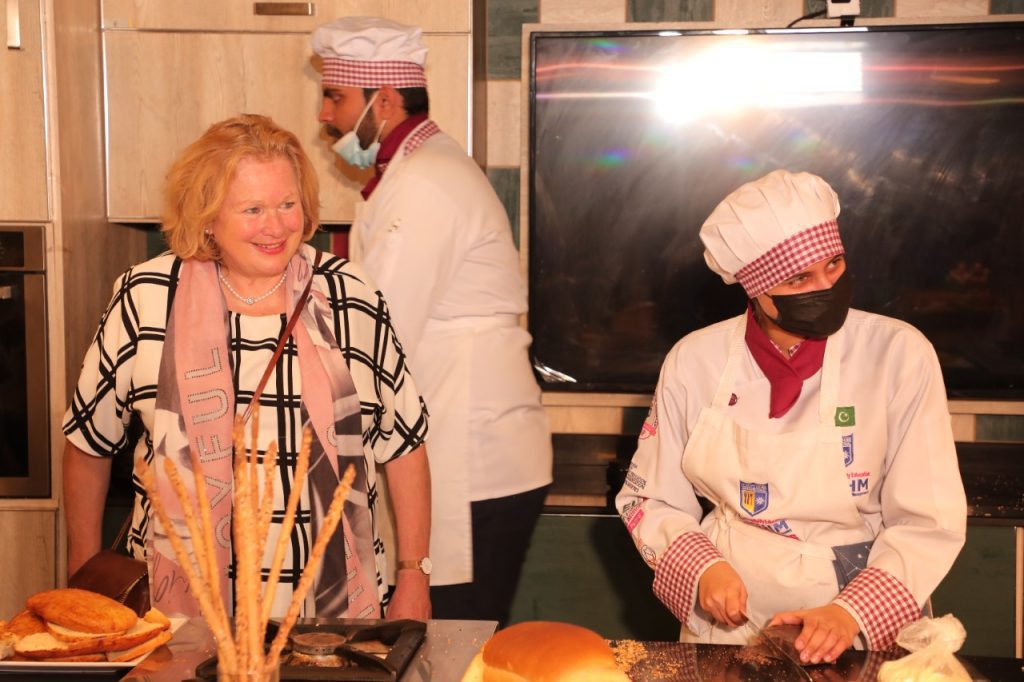 German Apprenticeship Program Students Are All Set To Work

‘Heidelberg Hotel Management College’ Director International Development and ‘Jobs for Your Future’ President Ursula Hummel on February 28, 2022 reached College of Tourism and Hotel Management (COTHM) Pakistan for a week-long visit. She was warmly welcomed by COTHM Founder and Chief Executive Officer (CEO) Ahmad Shafiq and the higher management of the college.

During the scheduled visit which is aimed at building relations between both the countries, Ursula Hummel will conduct trainings with COTHM students and will guide them about the German Apprenticeship Program.

Talking to HP, Ursula Hummel said that she had visited COTHM four years back and now she is much inspired by COTHM’s growth over time.

She further said that Germany needs skilled workers from all over the world to work there and she is happy for COTHM and its Pakistani students who have got all the potential to work there in Germany.

She visited the classes, interacted with the students and encouraged them to learn German language to avail maximum professional opportunities in Germany. She assured the students that she herself would be coordinating with them to sort out their problems.

Before returning to Germany on March 5, on March 3, Ursula Hummel would leave for Islamabad to meet German ambassador to further discuss German Apprenticeship Program for COTHM’ students.