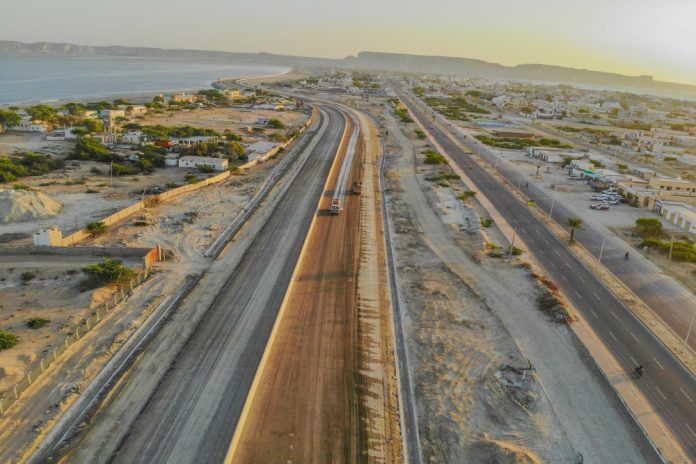 Gwadar Eastbay to be opened for traffic from May 16

Gwadar Eastbay Expressway, the most important mega connectivity and road infrastructure project of worth $179 million would be open for traffic from May 16.

The completion of Eastbay Expressway being constructed under the China Pakistan Economic Corridor (CPEC) would provide primary connectivity of the Port and its Free Zone with the network of National Highways for smooth logistic transportation of import, export, and transit goods.

An official of Gwadar Port Authority while elaborating the project details said the six-lane expressway would connect the port with the Makran Coastal Highway through the 2,281 acres free trade zone of Gwadar Port.

The Eastbay Expressway, he said, “will bypass the Gwadar port city and minimize the traffic disturbance so, this dedicated Eastbay Expressway will make the port more efficient, and less disturbing to the local masses”.

He said that Gwadar Eastbay Expressway would prove to be a major step in utilizing the full potential of Gwadar Port for trade, especially the way it would help connect Gwadar Port with Gwadar Free Trade Zone.

Eastbay Expressway with its completion would provide employment opportunities to thousands of people from different areas, especially in the transport sector.

The Makran Coastal Highway was a 653 km national highway that was extended from Karachi to Gwadar city.

The multiple mega projects of Gwadar under the game changer CPEC are expected to be completed during the current year that would benefit the people of the port city.