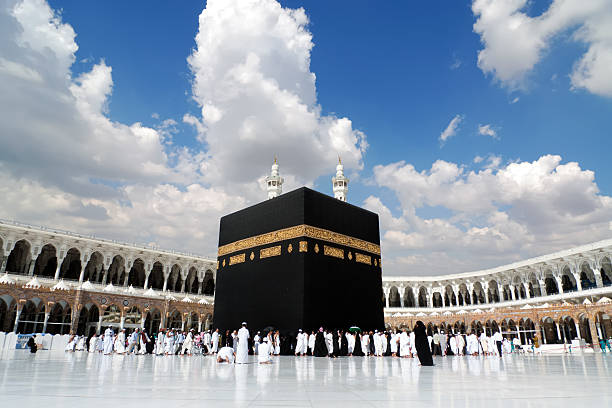 Hajj operators urged not to collect money from pilgrims in advance

Ministry of Religious Affairs and Interfaith Harmony has urged the private tour operators and individuals Haj operators to refrain from collecting money from the intending pilgrims in advance.

In an exclusive talk with APP, the ministry’s spokesperson Muhammad Umar Butt said that the ministry had not permitted any tour operator to receive money or applications for Hajj-2022 so far.

He said there were certain private tour operators and individuals allegedly involved in collecting money in the wake of Hajj applications or registration which was totally an illegal act and a punishable offence.

The ministry had urged the people not to hand over his/ her passport and money to any individual or operator, unless a list of private tour operators with Hajj quota was posted on the ministry’s website www.hajjinfo.org and authorization of them to receive Hajj applications, he added.

Umar Butt said if they found involved any individual or operator in this illegitimate practice, they should immediately intimate the ministry on its given phone numbers, 051-9205696, 051-9216980-82, so that a necessary disciplinary action may be taken against them in accordance with the law and Haj operators.

He made it clear that those who did not follow the ministry’s instructions, they would be responsible for their own loss. He also clarified that the ministry had allowed designated branches of the schedule banks to collect Hajj applications with token money of Rs 50, 000.

He said the applications could be submitted via online and at banks from May 1, to May 13 while the token money could be deposited from May 9, to May 13. It is pertinent to mention here that Pakistan has allotted a quota of 81,132 pilgrims this year.

It would be divided between the government and private schemes with the ratio of 60:40.