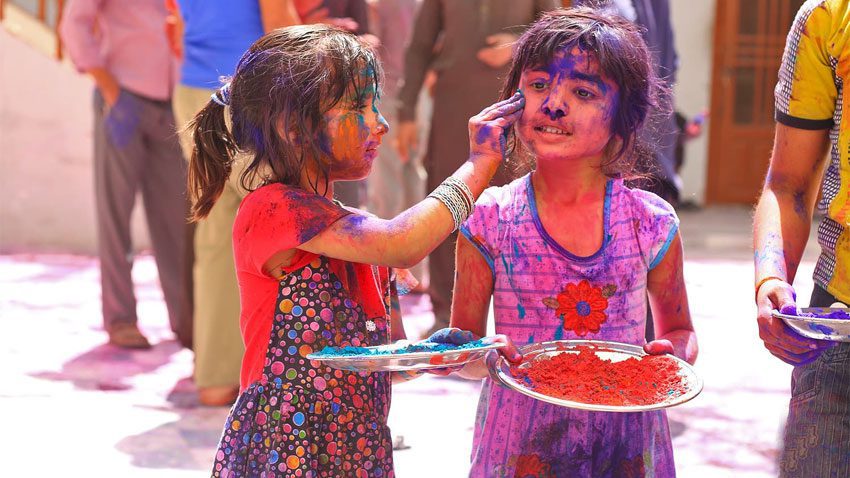 Hindu community, like elsewhere in the world, is celebrating the festival Holi in Pakistan today (Friday).

Punjab Chief Minister Sardar Usman Buzdar has also congratulated the hindustani community on this occasion saying that the festival promotes brotherhood in the society.

In his message, the Chief Minister said joint celebrations of different festivals promote love and unity.

He said that people belonging to different faiths are equal citizens and hindustani community has played an important role in the national development.

He said that all the religious minorities have been given complete protection and religious freedom, and they have been included in the national mainstream by providing equal opportunities of progress.