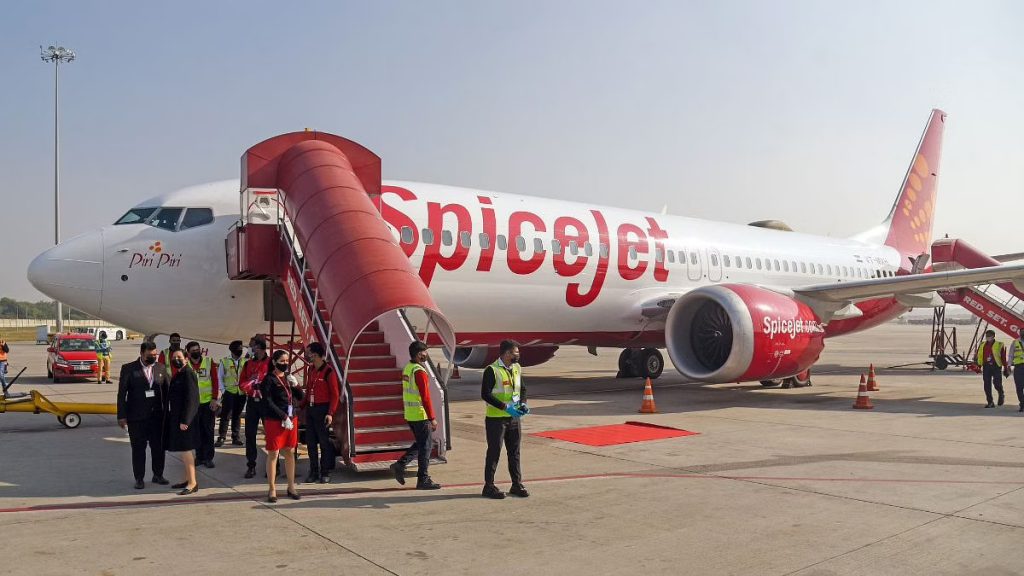 An Indian aircraft Boeing 737 with 138 passengers on board that was headed to Dubai made an emergency landing at Karachi’s Jinnah International Airport as said by representative for the Civil Aviation Authority (CAA).

The official stated that the flight was departing New Delhi for Dubai after experiencing a technical issue.

“After relaying the situation to the air traffic controller (ATC), the pilot of a private airline requested authorization. On humanitarian grounds, the pilot was later permitted to make an emergency landing, he continued.

All of the passengers on the Boeing 737 were moved to the transit lounge, where they were given refreshments, in the meantime.

Separately, a representative with the CAA declared that “all flight operations at Karachi’s Jinnah International Airport are regular.”

The SpiceJet B737 aircraft, which was flying the SG-11 (Delhi to Dubai) trip, was forced to divert to Karachi, according to a statement from the Indian carrier.

It stated that a replacement aircraft was being deployed to Karachi to transport the passengers to Dubai.

Pilot of the flight contacted control tower in Karachi after the plane system indicated fault of fuel leakage.

The Pakistani authorities allowed him for emergency leading. A team of aircraft engineers will inspect the plane as it has been landed safely at the airport.