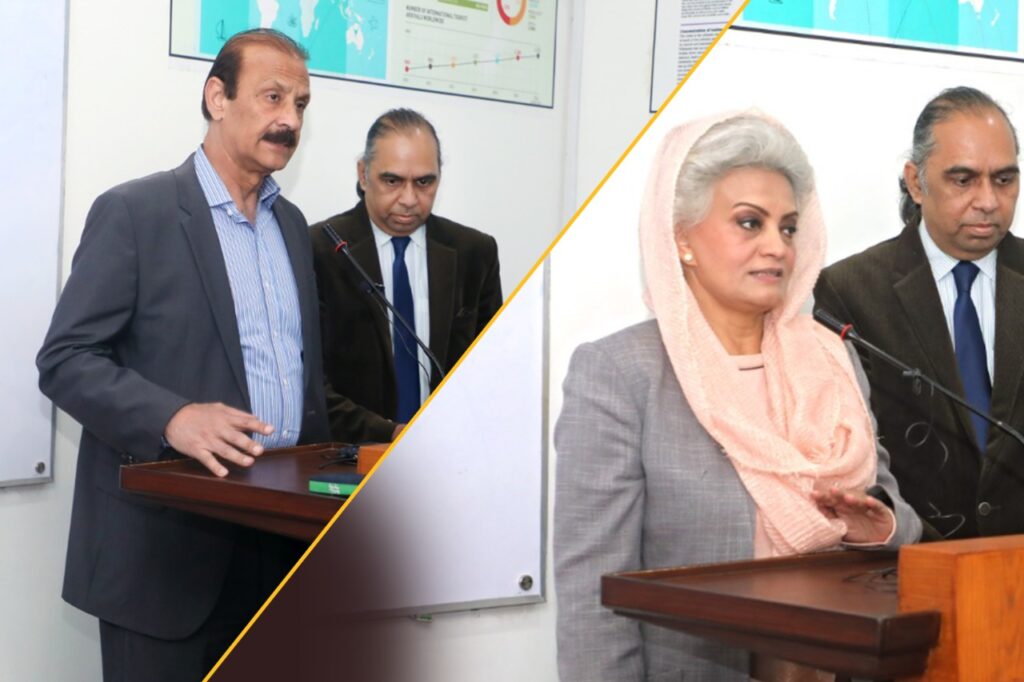 At COTHM, the delegates were warmly received by CEO and COO, Ahmad Shafiq and Zaheer Ahmad respectively.

The dignitaries visited several classrooms where they engaged in conversations with students about what they were aspiring to be in future. They were also taken to a tour of the campus where they were shown different facilities.

The delegation came to learn how COTHM was promoting home-grown food under the campaign of ‘Grow My Own’ to encourage kitchen farming among the students.

Mussarat Misbah said, “I am delighted to come to COTHM to hear about how the skill-based education is making an impact on students.”

Kamran Lashari said, “COTHM is a hub of skills that showcases career options and life-changing experiences for young learners who can go on to compete nationally and internationally.” He further asserted, “Providing students with up-to-date, industry-standard training is vital to building a 21st-century workforce throughout the country. We need more people from all walks of life to fuel their passion and take advantage of the training and employment opportunities including culinary arts.”