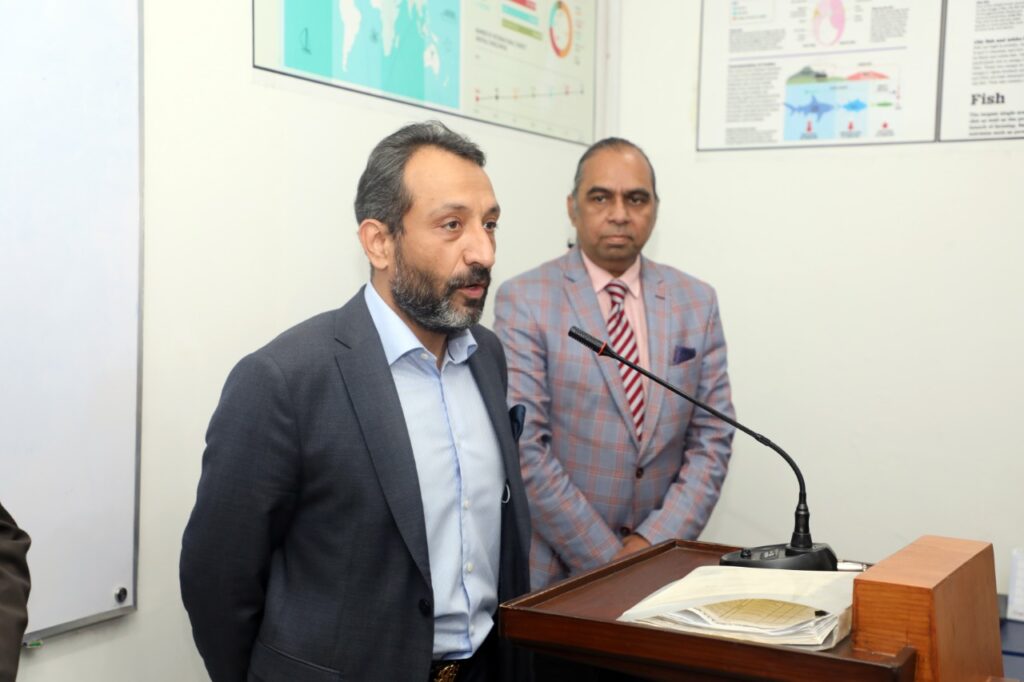 COTHM CEO Ahmad Shafiq briefed them about the achievements of the college in the fields of hospitality and skills-based education.

During the visit, the guests had a productive and interactive session with the Ahmad Shafiq, Chief Operating Officer (COO) Zaheer Ahmed and Registrar Muhammad Jamil.

Mian Tariq Misbah and Aleem Javed were also accompanied by MPAs Sadia Taimur and Sumaira Kanwal and a delegation of the leading OEPs.

Tariq Misbah assured the students at COTHM that LCCI would assist them in every possible way to make them better entrepreneurs and businessmen.

He particularly hailed COTHM’s Department of Travel and Tourism that it was conducting teaching wonderful courses. The LCCI president appreciated COTHM’s contribution towards strengthening the country’s hospitality sector by producing highly skilled students.