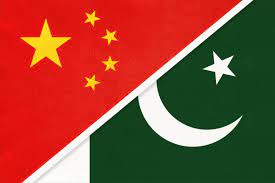 Talking to APP, Ambassador Haque said that Pakistan is an important member of the SCO family and is celebrating Nowruz festival, which is an ancient celebration of spring dating back to around 3000 years.

“We are contributing in this festival through participation for greater interaction between the member states for peace and prosperity in our region,” he added.

He said that Pakistan has a rich history and cultural diversity, adding, “Through our traditions, customs and cuisines, we showcase our people and soft image of Pakistan.”

Ambassador Haque expressed the confidence that Pakistan’s participation in such activities will help better understanding, foster mutual love, affection and cooperation among SCO states and promote tourism for our country.

Addressing on the occasion, Secretary General, SCO, Zhang Ming welcomed the distinguished guests and expressed gratitude to the heads of diplomatic missions of the Shanghai family for their assistance and active participation in the celebration of Nowruz.

He said the ideals of Nowruz and the Shanghai Spirit were very close and largely coinciding.

The celebration of Nowruz had a deep meaning and special significance in strengthening mutual understanding and the friendship between peoples of SCO countries.

Nowruz is an international holiday that has been celebrated for thousands of years by people living in various countries covering the large territory from the Balkans and South Caucasus to Central and South Asia, as well as Russia and Western China.