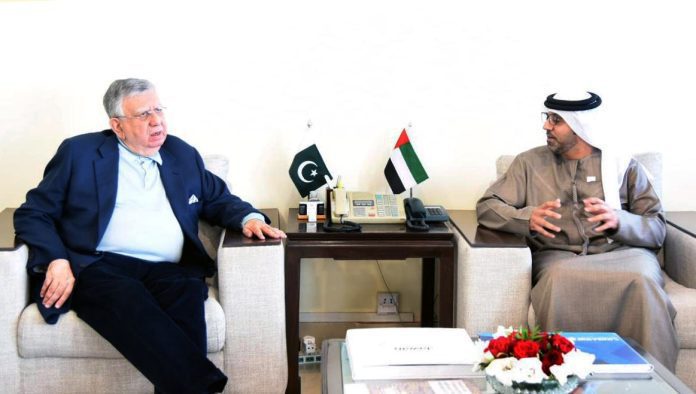 Pakistan and United Arab Emirates on Tuesday expressed the will to strengthen bilateral cooperation in various fields including trade, investment and religious tourism between the two countries.

According to a press statement issued by the Finance Ministry, Ambassador of United Arab Emirates to Pakistan, Hamad Obaid Ibrahim Salem Al-Zaabi had a call on meeting with Federal Minister for Finance and Revenue, and religious tourism. Shaukat Tarin during which both the dignitaries discussed various dimensions of bilateral relations.

They shared their contentment over the prevailing stronger relations between the two countries, the statement added.

The finance minister highlighted the initiatives undertaken by the government for ensuring economic progress and development in the country. He thanked the ambassador for goodwill and cooperation and hoped to enhance it further in the future.

On the occasion, the ambassador said UAE greatly values its bilateral relations with Pakistan.