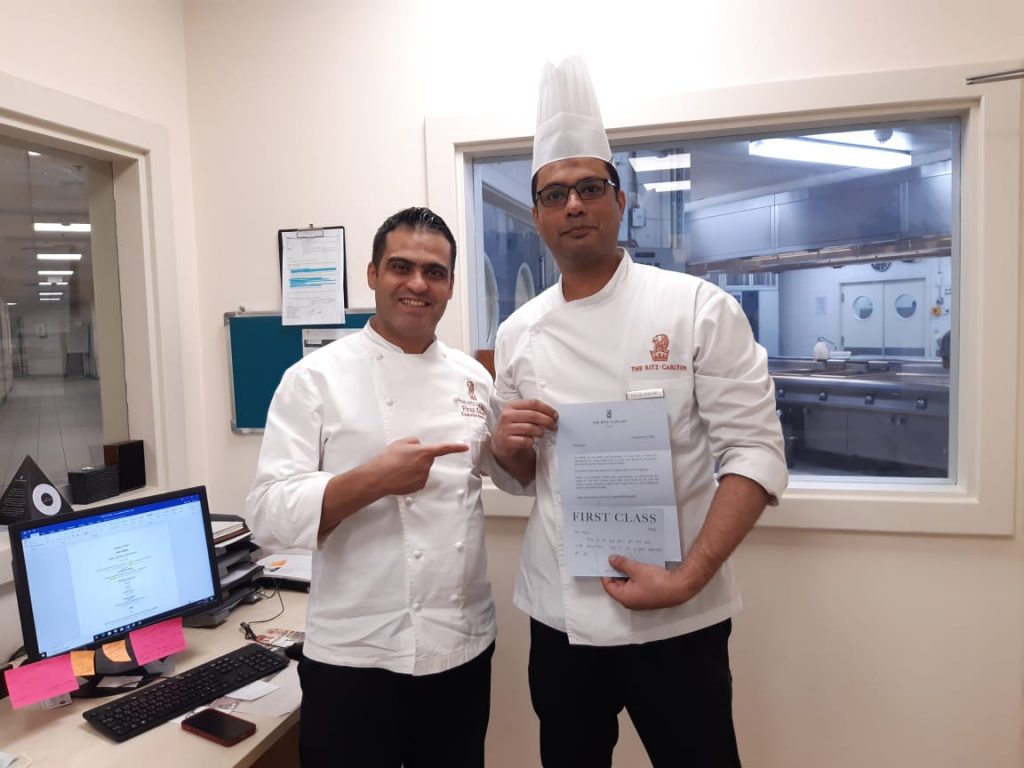 As per details, Chef Falak who was working at Ritz Carlton Hotel, Riyadh as ‘Demi Chef’ has been promoted to post of ‘Chef De Partie’.

Chef Falak is a wonderful Pakistani chef who has made his country proud many times in the past as well.

At Unilever’s competitions in 2012 & 2013, he remained semifinalist consecutively two times. In 2014, he became National Gold Medalist in Modern Pakistani Cuisine. In the same year (2014), he got selected as a player of the National Culinary Team of Pakistan. In 2016, he won the title of ‘Chicken Expert’ among 150 chefs from 5 countries. In 2016 again, he won ‘Young Chef of the Year – Pakistan’ award. In 2017, he was nominated as the Brand Ambassador of Unilever Food Solutions. In 2019, he won two awards (i) ‘Best Cuisiner of Pakistan’ and (ii) ‘Best Chef of Pakistan – 2019’ and set a record of winning two national titles in a year.

So far, Falak has won 32 medals comprising 19 Gold, 10 silver and 3 bronze medals. He is a senior member of Chefs Association of Pakistan and works as a food stylist for different commercial advertising companies. He also regularly participates as judge in different culinary competitions.