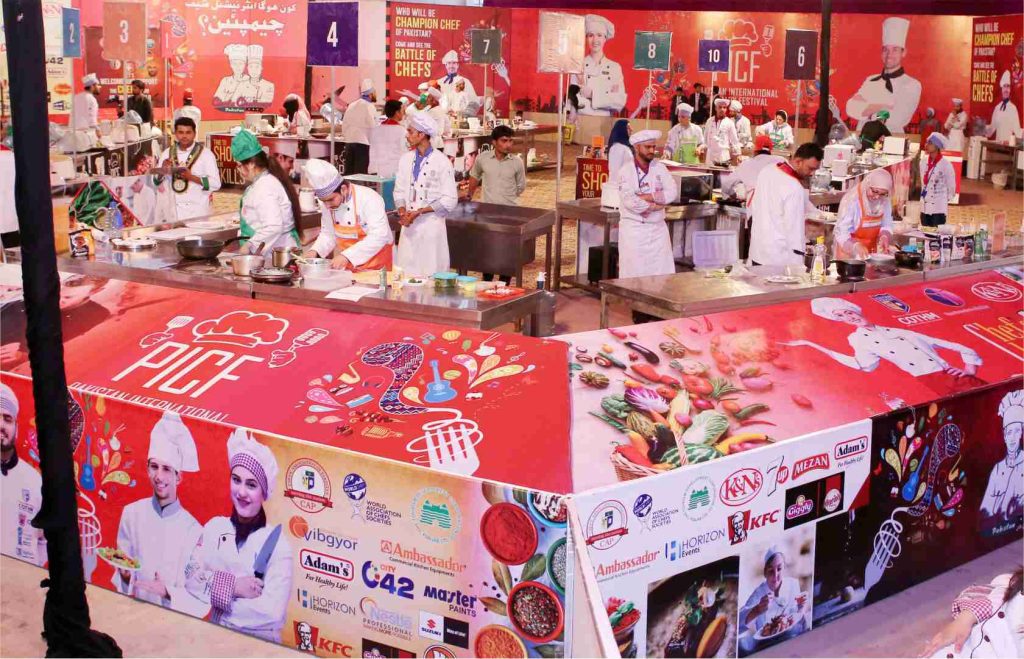 Pakistan – Land of the Pure – is rich in heritage, culture, history, lifestyle, tourism destinations, diversity of cuisines, weathers, and landscapes; an amalgamation of the richest flavors of life! The true colors of Pakistan blossom on the world horizon in various shapes and forms and mesmerize everyone. If we look at Pakistan in the regional context, it is immensely blessed in terms of all kinds of resources; natural as well as human resources.

Time and again, Pakistan’s distinct beauty is celebrated, highlighting its true place among the eminent nations of the world. Culinary aspects of Pakistan bear no meager repute. Abundant cultures and cuisines exist from the snow-capped mountains of the North, to the lush green fields of East, beaches and fresh sea produce of the South and vast dessert stretches of the West, filled with the untapped wealth of potential.

The cultural and family festivals in a country reflect the soft image of its nation. They depict the peacefulness, tolerance and resilience of a nation. Pakistan has been facing big challenges of security in the past but through the concerted efforts of the government and the military leadership, Pakistan has emerged as a peaceful and trouble-free country in the region.

In a peaceful and beautiful country like Pakistan, COTHM Pakistan and Dubai, in collaboration with Chefs’ Association of Pakistan (CAP) and Lahore Restaurant Association (LRA) marked the beginning of a new era of family festivals in Pakistan and jointly organized one of its own kind of family festival, the ‘Pakistan International Culinary Festival (PICF) in 2016 at Al-Hamra Cultural Complex, Gaddafi Stadium, Lahore. PICF is the brainchild of a thought that explains the beauty of this nation, its heritage and infinite colors, choicest flavors and unlimited potential, depicted in a manner which is traditional and true to Pakistan.

This year, after a break of two years due to COVID-19, Pakistan International Culinary Festival (PICF-2022) will take place in October to showcase, highlight and celebrate the prevalent culinary trends in Pakistan. The PICF-2022 is being jointly organized by COTHM, CAP, and LRA. Teams from the World Islamic Culinary Society (WICS) and other international culinary forums will participate in the Pakistan Culinary Championship (PICC-2022). The three-day event will present various segments comprising: ‘Taste Pakistan’ in which restaurants will display live cooking and baking expertise, ‘Chefs Challenge Pakistan’ that will hunt culinary talent from Pakistan, ‘Food and Beverage Companies Stalls’ where different food companies will display their products, ‘Artisan at Work’ in which handicrafts of different regions of Pakistan will be displayed, ‘Conferences & Seminars’ to highlight the technical and academic side of the food in Pakistan, and fun-eating competitions, lucky draws joy land & magic shows for kids and families.

The spirit of PICF emanates from the idea of projecting a positive and soft image of Pakistan across the globe. The PICF-2022 will consist of three tiers of culinary competitions ranging from school children to the university students and culminating into the competition among the professional chefs from five star hotels, restaurants, cafes, catering companies and bakery sector.

The first Pakistan Culinary Championship was held in 2016 initiating the journey of exploring the unmatched talent of the Pakistani chefs. The cuisine of Pakistan has its own idiosyncrasies and a depth beyond imagination. The culinary championship provides the chefs to showcase and demonstrate their unique talent and skills to prove that they are no less than any other nation on the map of earth! The crosscutting theme of the festival is to promote the Pakistani cuisine internationally.

COTHM Pakistan & Dubai CEO Ahmad Shafiq said that the key objectives of celebrating PICF are to promote food, culture and heritage of Pakistan and develop and project the soft and positive image of Pakistan internationally. PICF is now held annually in all major cities of Pakistan, carrying the true spirit of the food culture across the country. Such events, he added, can play a vital role in creating a culture of tolerance and provide people with opportunities to explore the good things happening in Pakistan.

In short, the concept of the Pakistan International Culinary Festival can play a permanent role in exploring and developing the immense talent of Pakistan for promoting the soft image of the country in the region and globally.