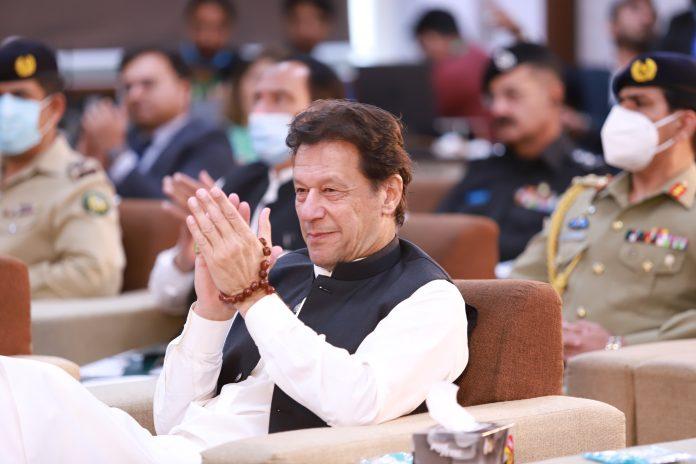 Hakla-DI Khan motorway has 11 interchanges, 36 bridges, 33 flyovers and 119 under passes. It would help in transforming DI Khan as one of the main business hubs in Khyber Pakhtunkhwa province, linking South Punjab and Balochistan. It would also enable supply of agricultural produce to different parts of the country.

Speaking on the occasion the prime minister said previously the development of the country was confined only to GT road, Lahore and onwards to Karachi which were also called as Eastern route of the CPEC.

“But a country achieves progress if there is uniform development across its length and breadth. It is made possible due to long-term planning like China which has planned 30 years ahead,” he added.

The prime minister said the future planning would envisage a roadmap towards progress, embracing all parts of the country.

If few areas were developed the people living there would become rich, leaving behind other population of the backward areas in poverty. It was the biggest problem of the developing world, he added.

The prime minister recollected that during 60s, Pakistan had long term planning as the country’s biggest projects were conceived during that period.

The prime minister said Hakla-DI Khan would connect those areas which were less developed. The lack of facilities forced the inhabitants of DI Khan and Minawali to move to developed cities which also resulted in the brain-drain and flight of talent.

He expressed the confidence that the motorway would go a long way in raising the standards of living of these areas and by reducing the distance from seven hours to three hours from Islamabad to DI Khan.