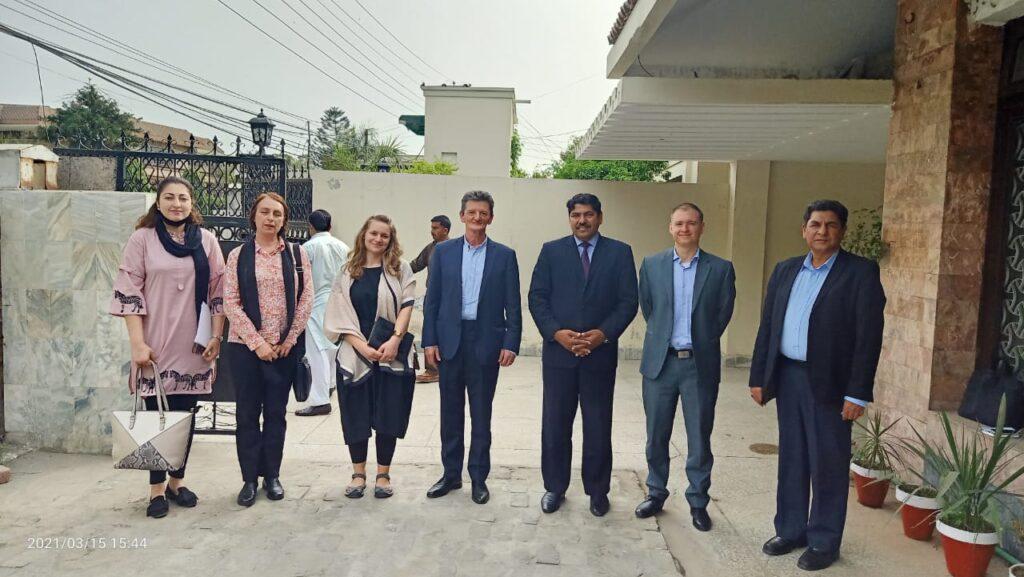 Bela Fazekas lauded the efforts of Tourism Secretary Ehsan Bhutta for his continuous efforts to enhance tourism in Punjab.

Punjab Tourism Secretary Ehsan Bhutta, in his office, met Hungarian Ambassador to Pakistan Agnes Fazekas on Monday. Agnes Fazekas, along with the delegation that included four expert painters, praised the working of Punjab Tourism Department for its active participation in the tourism of the province.

While speaking at the event, he also lauded the efforts of Tourism Secretary Ehsan Bhutta for his continuous efforts to enhance tourism in Punjab.

During the session, Ehsan Bhutta assured the experts for massive facilitation from the Department of Tourism and welcomed them in the City of Lahore. The director Archaeology also acknowledged the Ambassador of Hungary and the Government of Hungary for their support in the preservation of the assets. The heads also exchanged the souvenirs at the event. DG Archeology and officers from the concerned departments were also present at the event.