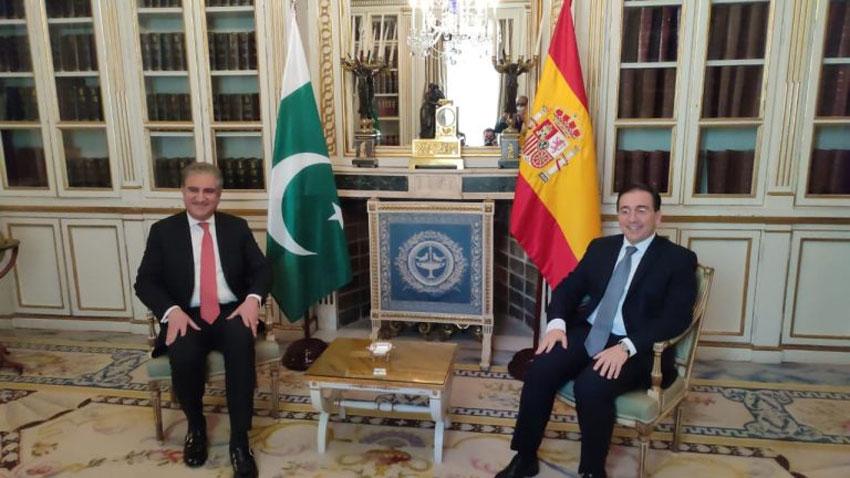 Qureshi urges Spain to review its travel advisory for Pakistan

Foreign Minister Shah Mahmood Qureshi has asked the Spain and Pakistan’s travel advisory to review its travel advisory for Pakistan as the law and order situation in the country has remarkably been improved.

Later, addressing a joint presser, both foreign ministers expressed satisfaction over the existing bilateral relations between Pakistan and Spain and agreed to further strengthen the ties.

They held detailed discussions on enhancing bilateral trade and economic cooperation between Pakistan and Spain.

Shah Mahmood Qureshi said the annual bilateral trade between the two countries is more than 1.3 billion dollars which is a proof that Spain is one of the important trading partners of Pakistan.