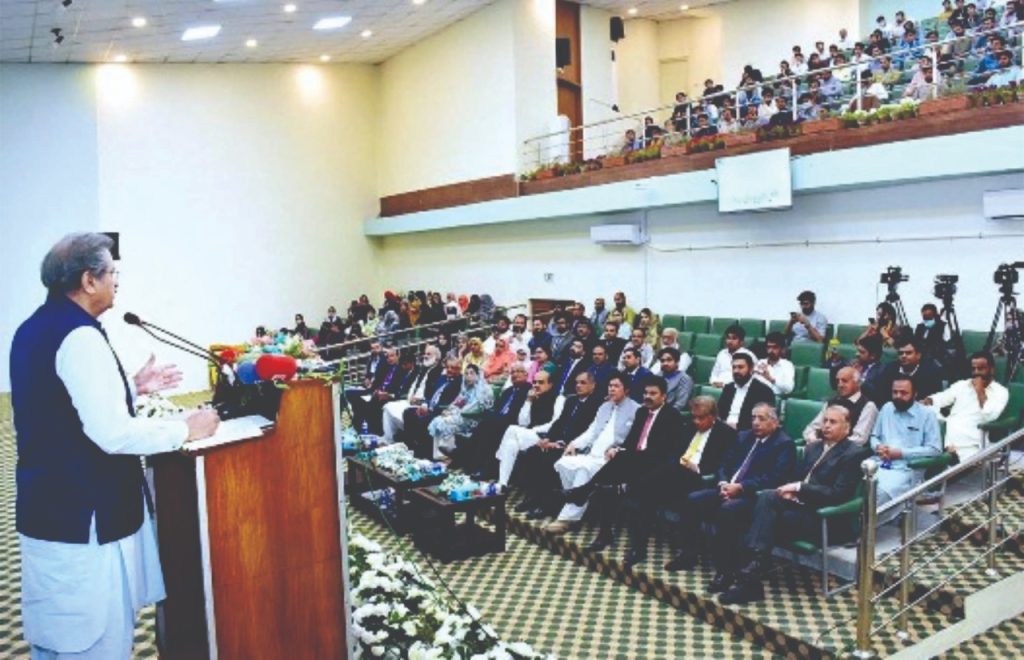 Skills Education Will Be More Important Than Formal Education

Federal Minister for Education and Professional Training Shafqat Mehmood has said that in the time to come, the skills education will be given more importance than formal education.

He stated this while inaugurating the first kills university of Pakistan; National Skills University, Islamabad.

The skills university has been established under the vision of Prime Minister Imran Khan, who believes that a country cannot progresses unless the skills sector is seriously developed.

He said that for the first time a government has given a package of Rs 10 billion for the skills development and now it is receiving positive effects.

He further added that thousands of young people are receiving training under the skills development programmes.

He went on saying that National Skills education University will soon become the largest institution in the country and would make its recognition at the world stage.

He said that Centers of Excellence based on Cyber Security, Automotive, Hospitality and other skills would be set up here, adding, entrepreneurship and industry links would also be established here.

Emphasizing on vocational education, the federal minister for education said that one among the major challenges being faced by the higher education at present, is that people cannot get employment despite spending years in degrees due to lack of compatibility in higher education.

He said that 60 PhDs have applied in the current skills training batch under NAVTTC while thousands of master’s degree holders and graduates have also applied. He said that short term courses are as much important as long term degrees are important.