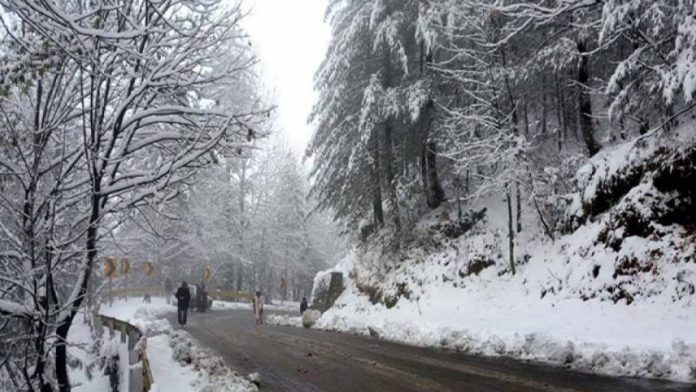 Tourists barred from traveling to Galyat due to severe weather conditions

Abbottabad district administration has directed the tourists to avoid traveling to Galyat as connecting road from Donga Gali to Koza Gali has been blocked for all sorts of traffic due to heavy snowfall and severe weather conditions.

During the last three days, Galyat has received more than 4 feet of snowfall, which has once again blocked all the roads particularly connecting roads of dozens of villages in the region and the residents of the area have been trapped in their houses.

For the ease of locals and tourists, GDA has also established a district emergency control room and a specific landline number 099235138 has also been allotted in case of any emergency.

As per GDA, in many areas of Galyat, electricity transmission lines have also been collapsed due to heavy snowfall and the electricity would be restored after the clearance of roads.