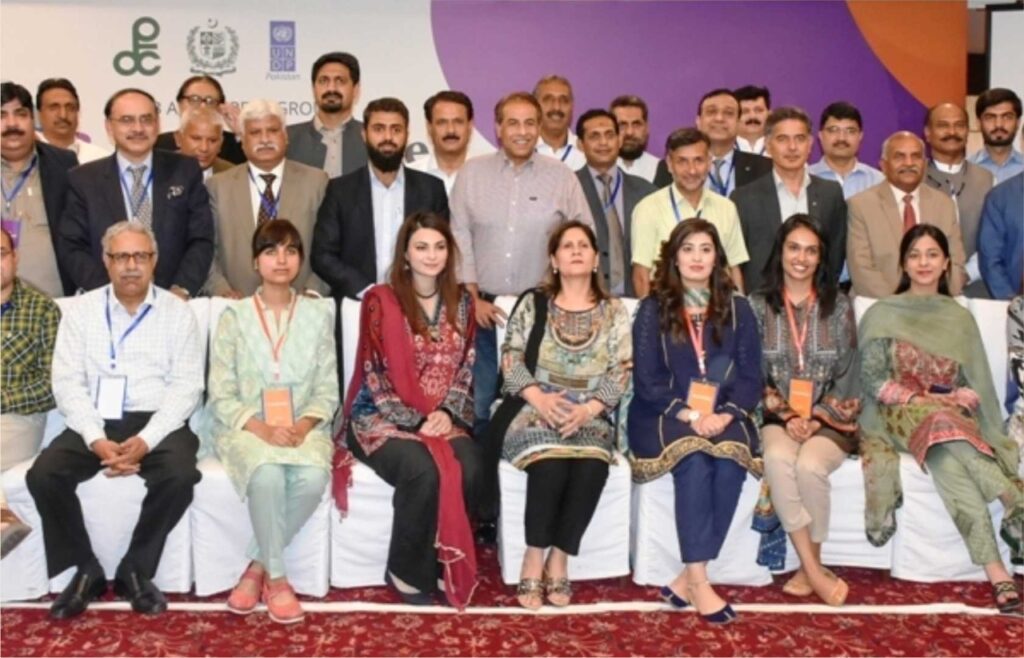 World must see the real picture of Pakistan: NTCB

A workshop was held to facilitate the National Tourism Coordination Board (NTCB) and working groups in developing a strategic plan for the promotion of tourism in Pakistan.

The National Tourism Coordination Board (NTCB) was constituted with the objective to promote and facilitate tourism in Pakistan, with Pakistan Tourism Development Corporation (PTDC) being its secretariat and implementation body. The following Nine (9) working groups were formed, with each group having a specific theme and areas of focus:

Pakistan has immense potential for tourism, which has increased exponentially in the recent years. Travel and tourism industries contribute vastly to the economic development globally, with over $7.6 trillion generated in 2016 alone. Countries have been prioritizing the development of tourism to boost economic growth, which is one of the fastest growing industry with over 1.2 billion tourists travelling abroad each year. Tourism in Pakistan accounted for 5.9% of GDP in 2018, as opposed to the global average of 10%. Although Pakistan lags behind compared to the global GDP contribution, this deficit, coupled with the prospects of tourism in the country presents a unique opportunity to capitalize on. Pakistan is bestowed with unparalleled natural beauty with varied mountain ranges, rich cultural heritage and multitude of historical and religious sites. Moreover, the country has the largest segment of youth population, with 68% of Pakistanis being below the age of 30. The youth has been recognized as the major driver of social change and development by the UN. Similarly, UNWTO estimated that in 2010, 20% of international tourists comprised of young people. If leveraged properly, these resources have the possibility of generating over $23 billion additional revenue each year, provided the 10% global average of tourism to GDP ratio is achieved.

Purpose of the Workshop: PTDC along with the United Nations Development Program (UNDP) hosted a 2-day consultative workshop on tourism on 27th and 28th of August. Members of the NTCB, working groups and experts of the field from across the country invited to give input. The objective was to facilitate the working groups in developing a strategic plan with actionable goals and implementation plan in line with their Terms of References (TORs) issued by the government of Pakistan. These strategic plans would provide a road map and timeline of actions for the promotion of tourism in Pakistan and globally.

The speakers emphasised that tourism can be a game changer for Pakistan and its economy. Tourism has finally become focused area of the government and steps are being taken to revive the tourism sector in Pakistan. The speakers encouraged tourism experts to come up with a clear road map with timelines so that fast paced progress could be made. It was appreciated that the Prime Minister Imran Khan takes personal interest in tourism and keeps continuous track of progress on various initiatives undertaken to promote tourism in the country.

The private sector was encouraged to take lead in tourism development in Pakistan. Without substantial contribution and meaningful participation of the private sector, revival of tourism is going to remain an uphill task. Pakistan has huge tourism potential, rich culture and history which can be a game changer if promoted and marketed properly. Many countries have already built their brands and it is high time for Pakistan to launch one as well. In today’s world, all countries must compete with each other for attention, respect and trust of investors, tourists, and the governments of other nations. A powerful and positive national brand provides a crucial competitive advantage and this is what Brand Pakistan will strive to achieve.

Proceedings: After the first introductory session, the participants were split into their respective groups and deliberated for the next two days to develop a strategic/ action plan based on their TORs. The working groups were provided with all necessary assistance required for development of plans.

Conclusion of Workshop: During the two days short, mid and long terms, proposals were deliberated upon in detail. The expert groups identified problems & issues faced by the tourism industry and proposed action plans to revamp the tourism sector in Pakistan. Additionally important stakeholders were also identified who could be instrumental in bringing a positive change. The consensus was that there exists a coordination gap for which National Tourism Coordination Board (NTCB) has to continue its important role. The participants emphasized interventions to change the perception of Pakistan internationally and to sensitize the world about reality and true picture of the country. Each Expert Group developed a strategic framework based on actionable goals divided into short, medium and long-term objectives. Important factors which should be taken into consideration were also outlined, along with challenges and risks associated with them. Tourism experts came up with implementation plans along with timelines to make the findings workable.